Shipping supplies ahead of time

Last year I was brought on board the project after the barge had made its annual trip to Palmyra, so Doug had already taken care of shipping out most of the materials we would be using.  This year I am involved from the start, so I have been busy working with Doug to make sure we acquire supplies we need so they arrive in Hawaii by April 16th.  They will then go out on a barge scheduled to leave around the 23rd of April and arrive on Palmyra around May 1st.   Shipping things ahead of time is critical since there are severe weight restrictions on what can be taken on the Gulf Stream II flight from Hawaii to Palmyra when I fly out on June 18th. 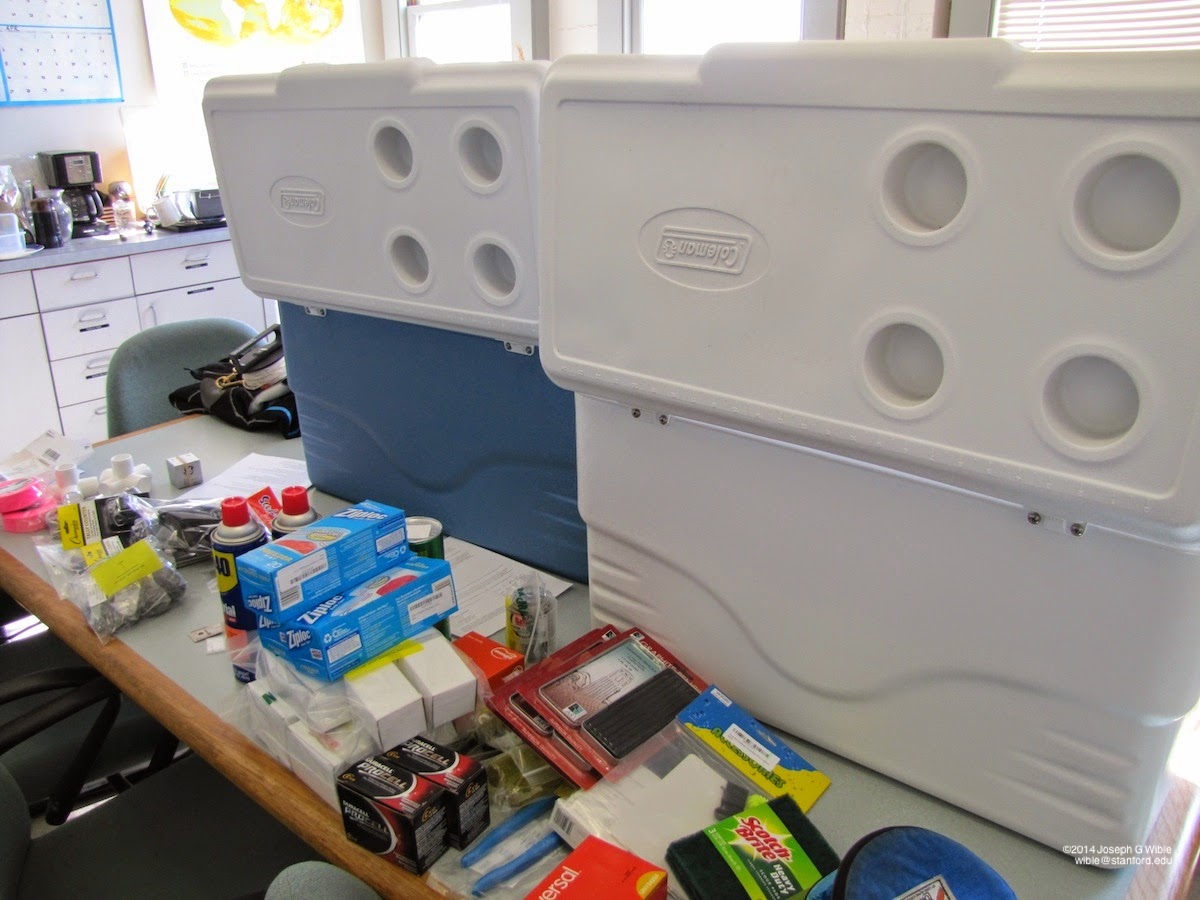 some of the 65 items being shipped


Except for the 6 foot long tube of PVC pipe, we fit everything into two large ice chests which were then sealed shut with duct tape and are going out via FedEx 2 Day Air today. 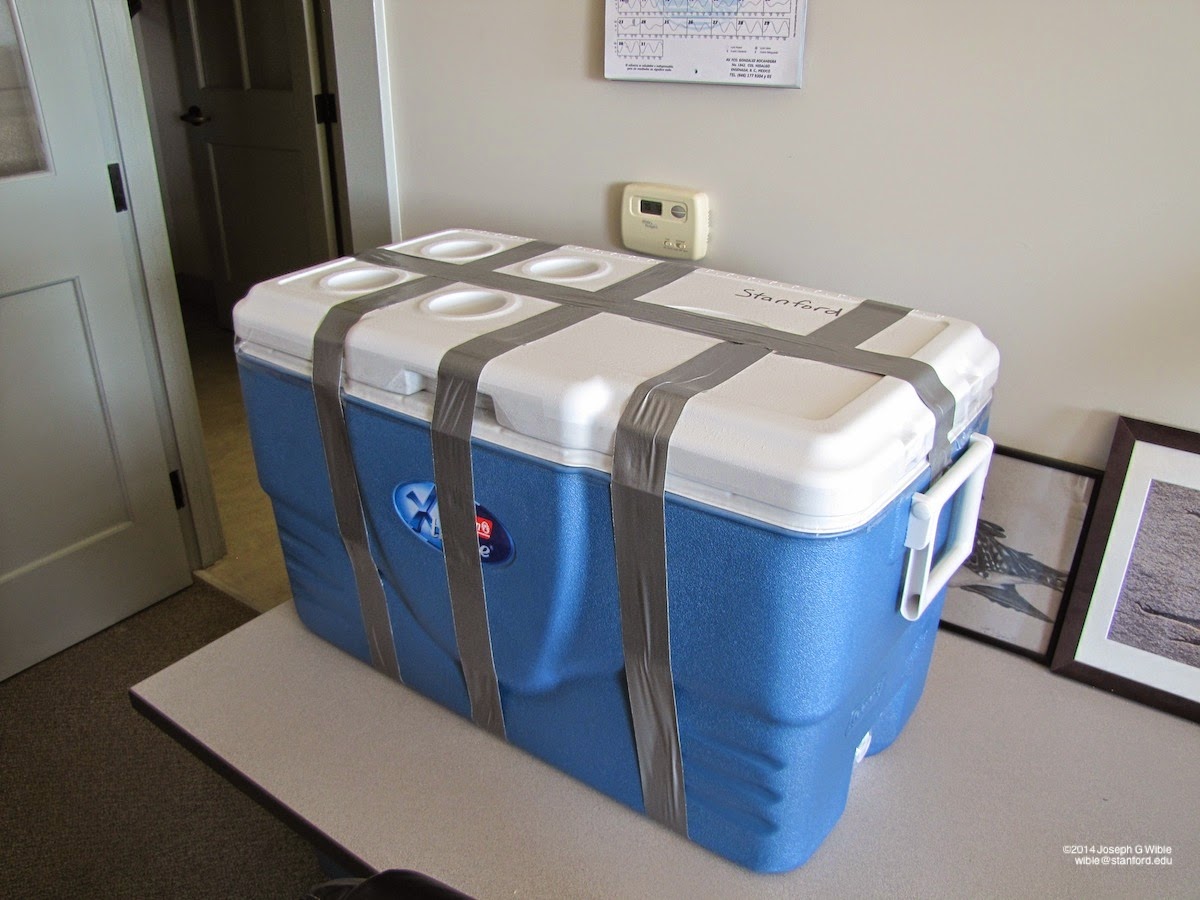 I will rest easier once I know the two ice chests of supplies and the 6 foot long tube arrived safely on Palmyra.

Returning to Palmyra Atoll summer of 2014

I have been invited back to Palmyra Atoll this summer.  This time it will be a slightly shorter trip -- three weeks instead of four.  Last summer I helped install 180 settlement plates.  This summer I will be helping pull those plates to bring them back to the lab where they will be photographed, and the coral polyps will be counted, mapped, and measured before returning them to the reef for another year.

Last year I went with Doug McCauley and Francesco Ferretti.  Doug has been on Palmyra numerous times while working on his Ph.D, and he knew the ropes.  This year I will be accompanied by Paul Leary and Sabina Perkins.  Paul is an experience diver and recently accompanied me on a Channel Islands Research Program cruise, but this will be his first time on Palmyra.  Sabina was on Palmyra for a week in 2011 with Stanford@SEA, but has not been diving there.  A bit scary that I will be the most "experienced" member of the team, and not just the "senior" member of the team.

Things will be a bit different this year.  The two island pets, Dadu and Tigger, both died since I left.  They had been granted permanent residence as part of the purchase agreement when The Nature Conservancy bought the atoll.  Also over the winter two shipwrecks were removed.  The metals they were leaching promoted the growth of an invasive corallimorph species which was smothering the natural reef.  Below is a picture of the pontoon barge, nicknamed “Rust Island” that was grounded near the lagoon entrance channel sometime between 1953 and 1957.  It was believed to be a Defense Department transport barge made out of steel pontoon sections that linked together. 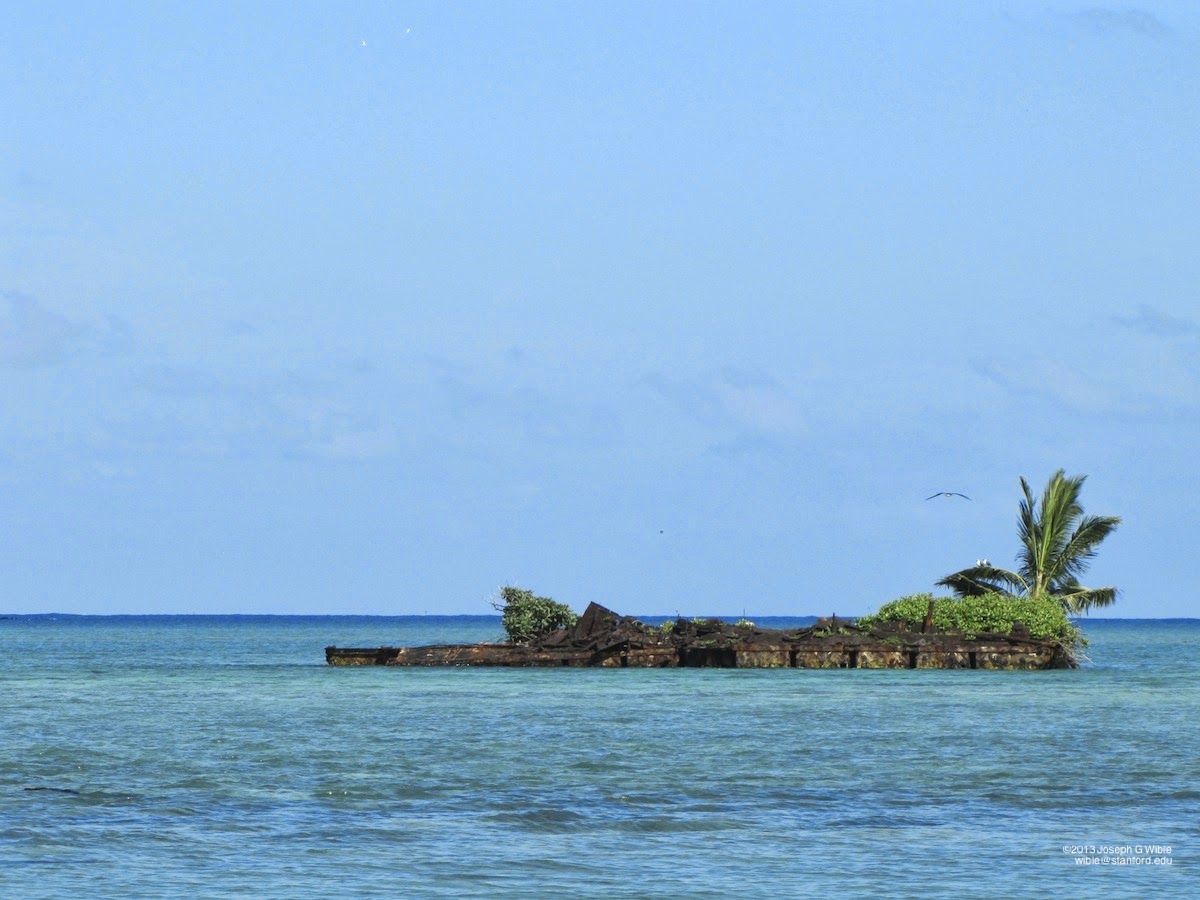 
You can read about the wreck removal at:

My Other Blogs & Web Pages